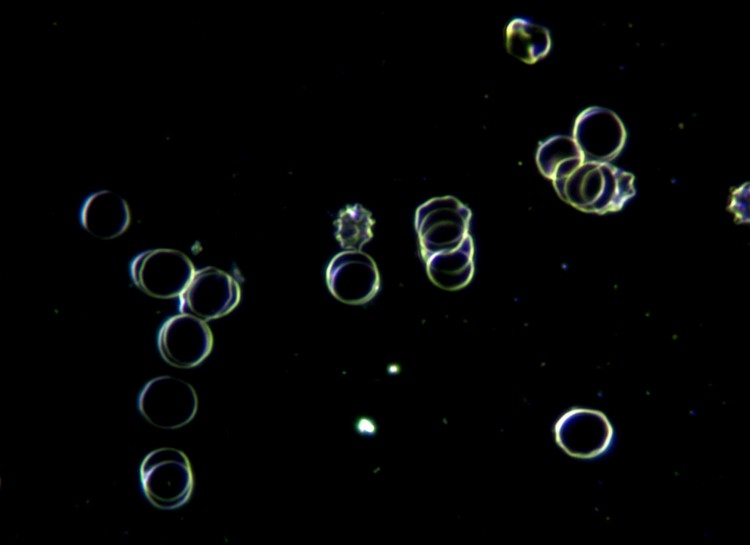 The exhibition was opened with the interdisciplinary performance HIT AND RUN. Visitors experienced live multimedia whilst these at the same time depicted the environmental influences present as microorganisms in the artists own blood, this was in turn projected onto .CHBs buildings facade. read more...

The exhibition was opened with the interdisciplinary performance HIT AND RUN. Visitors experienced live multimedia whilst these at the same time depicted the environmental influences present as microorganisms in the artists own blood, this was in turn projected onto .CHBs buildings facade.

The Berlin based artist and curator Sabine Kacunko presented the LOOPING LIFE project at the Collegium Hungaricum Berlin (.CHB) over a seven week period. The exhibition was opened with the interdisciplinary performance HIT AND RUN. Visitors experienced live multimedia whilst these at the same time depicted the environmental influences present as microorganisms in the artists own blood, this was in turn projected onto .CHBs buildings facade.

The dance performers; Mata Sakka and Joris Camelin deliver new and imaginative possibilities, an interpretation of the bacterial movements found in the blood and transformed  forth into the physical world.

Friday, 8th November 2013 at 19:00 with an introduction by the Communications Scientist Tilman Baumgärtel.

BLOOD AS A MEDIUM OF VITALITY

Blood is the necessary fountain of our lives, our life force. But virus such as toxic bacteria through micro pollutants can enter our bloodstreams to make us sick  and disturb the biodiversity of humans and animals. The development of microorganisms in the blood is dependent on the environment and is shaped by the vitality and ph-values.

The foreign substances are in the blood levels and in the blood plasma, these are measurable and therefore once again reflect their external environment. These are so scientific and self-evident that today in our technological societies, usually only the scientists bent over their microscopes notice these changes and movements. For most others this will remain hidden from view with bacteria not been considered as an animate being but rather as something to be quickly countered with an administration of medications.

Sabine Kacunko asserts herself with the changebility of bacterial forms by daring to grapple and take a deeper look at the innermost part of a person  through her multimedia installations, sculptures, photographs and dancing art. In the process making the passage from life to death visible so that the continuous changes of regeneration and transience: ‘looplife’ or even LOOPING LIFE.

For Sabine Kacunko the presentation of bacterial time cultures permitted a holistical world and outlook on life. The focus of her work with LOOPING LIFE an interdisciplinary field of research opened up and advanced the discovery of the Hungarian doctor Ignaz Semmelweis (1818-1865): Semmelweis was not only responsible for the discovery of bacteria as the causes of disease but also knew how they could be prevented through appropriate hygiene and ensured until today with his discovery that many lives could be saved. LOOPING LIFE is the continuation of her bacterial art over the past years, for which she’s developed a specialized presentation method that can also be utilized for diagnostic medicine or for biofilm research.

The main focus of the LOOPING LIFE project is the media installation: HIT AND RUN, which in English describes one of the two essential mechanisms for the courses of infection. On this occassion the artist placed a droplet of blood from her fingertip under a dark field microscopy using a videocamera connected to a computer. This microscopical recording was visible using a 2000x magnification with computer monitors and additional projection screens. During the performance the artist conducted blood tests with various substances. The reaction in the blood and the movement of minute particles of the symbionts were carried out by means of specially developed software which was analysed in real-time and at the same time both audibly and visually transcribed.

The particular: video and audio reacted not just with each other but were actually linked to each other and where the delivery ‘authentic sound structures’ emerged, which reminded one of an urban landscape always in motion and mutation until bloodstoppage. The window panes developed not only a membrane between the inner and outer areas which were projected on the window fronts of the building but also a timeslot in which the micro and macrocosmos met.

The programming was implemented by RV realtime visions GmbH. The audio and sound was created together with Dr. Paul Modler an academic professional for sound and acoustic at the University for Design in Karlsruhe.

Life, death and the dusty rebirth about the mediation of say(il)ings or Bo(o)tschaften between art and science

With the bacteria art by Sabine Kacunko in mind, alleged contradictions come undone even more naturally and without theoretical constraint when the bio-logy – the life-science – remains regarded as a fringe science par excellence.

The art as fringe science and bearer of the ‘interface esthetics’ implies in this context too apparently the creative and interpretative basics of the natural sciences and refers to the general macro connections between art and science, that continuously reform and transform themselves especially on the micro-level.

In retrospective, it becomes evident how the ‘fringe arts’ and ‘fringe sciences’ found their medium in the bacteria art of Sabine Kacunko, after the early interpretation of biology and religion had left its historical background to explore new context. The alchemy, operating preferably in the shadows, of this procreative and at the same time highly explosive mixture is going to be discussed in an panel within the framework of the exhibition LOOPING LIFE on 5. December. 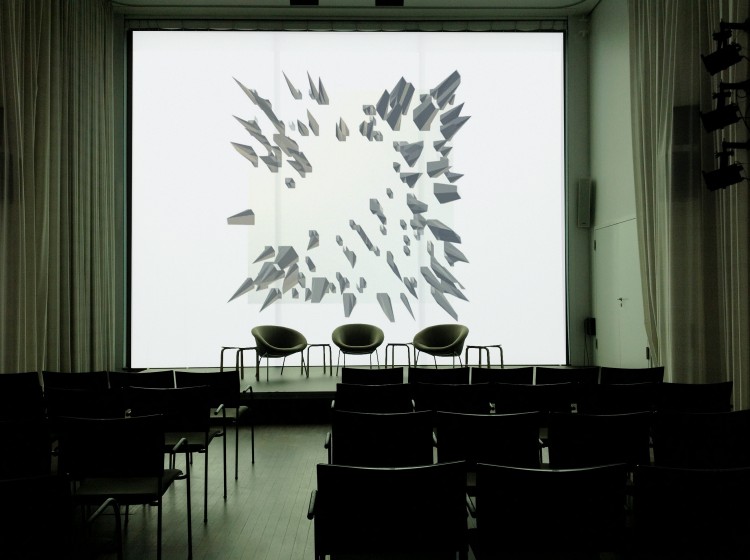 The film screening and discussions with the artists will take place with the  author Elfriede Brüning:‘Semmelweis-Save the Mother’ on the 18 November from 19:00-22:30.

The author will be a special guest at the event and will recount in conversation with Sabine Kacunko about the ‘control culture’ of the National Socialists and her face-to-face meeting with the then propoganda minister Josef Goebbels.

The curator and artist Sabine Kacunko will present the author Elfriede Brüning within the framework of her current project LOOPING LIFE.  The contemporary witness worked at the beginning of National Socialism for the communist resistance. She was arrested at the end of 1935 and imprisoned in the Berlin Women’s Prison on the Barnimstrasse. She won the lawsuit for treason with an acquittal in 1937.

National Socialism’s takeover of power hindered not only the publication of her first sociocritical novel in 1933 but also the adaptation of the script for the German feature film ‘Semmelweis-Save your Mother’, which she co-wrote together with her husband. It was only adapted to film after the war ended in 1950. 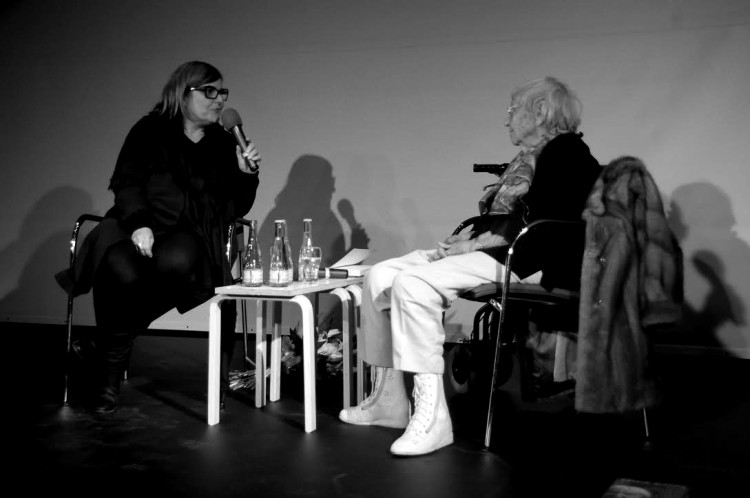 Elfriede Brüning will be a special guest at the event and will recount in conversation with Sabine Kacunko.

Elfriede Brüning lives since 1950 as a freelance writer in Berlin. She is author of novels, narratives, reports, and television scripts. Her much read often frequently rosy autobiographical novles dealt mainly with women’s issues plus the resistance to National Socialism during the Third Reich.